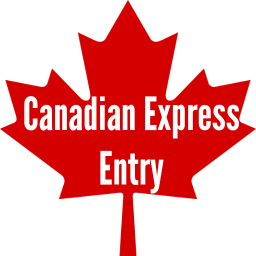 Posted at 16:06h in Blog, Immigration News by admin 0 Comments

A fresh Invitation round for Canadian permanent residence through the Express Entry system issued 3,600 invitations to candidates with the CRS  of 459 or more.

The cut-off score this time was decreased by a point in comparison to the previous round of Express Entry system that took place on Jul 10, which had a minimum score of 460. The overall draw size and the time between the draws are the important factors to have an effect on the CRS cut-off score.

The second consecutive invitation round – July 24 witnessed an increase of 250 Invitation to apply in comparison to the overall 10 Express entry programs held between January 30 and June 26, 2019. Except for Jul 24 invitation round, all the other rounds witnessed a cap of 3,350 ITAs each.

The important factors that are considered for the awarded scores of Express Entry’s CRS:

Generally, Refugees and Citizenship Cannada (IRCC) aims to process applications for permanent residence within 6 months, so far IRCC has issued 49,000 ITAs. It looks like IRCC this year will exceed its last year’s set ITA record of 89,800 with Canada’s expanded admission targets and its provincial nominee program.

The candidates who receive a Canada  provincial nomination get an additional 600 points for their CRS score and are moved to the front-line for an ITA, Express-Entry linked provincial nominee streams have already been activated last week.

There are few express entry-linked PNP that do not consider CRS score or possesses CRS requirements that are below the cut-off scores in federal draws. The Ontario’s Express entry-linked PNP was first of the province’s new tech draws and issued the largest invitations draw of 1,623 candidates with CRS scores ranging between 439 and 459 in 2019 and work experience in six-tech-related occupations, and other requirements. In the last two weeks, along with  Ontario’s draw, other draws also happened for Manitoba, Prince Edward Island, and British Columbia.